The shocking story of how China has infiltrated the U.S. military biodefense program at Fort Detrick.

Chunying Hua, spokeswoman for the Chinese Foreign Ministry, has promoted the conspiracy theory that Fort Detrick is the origin of the COVID-19 virus.

Although such a claim is patently ridiculous, there may be a kernel of truth in it, given how much knowledge and skills may have been obtained by Chinese scientists working in Fort Detrick’s virus laboratories.

Make no mistake, the Chinese military is clearly “inside the wire.”

It is important to recognize the fact that, in China, there is no distinction between civilian and military research.

Although unofficial before then, the Chinese Communist Party declared the fusion of civilian and military research as an official goal in its 2016 Thirteenth Five-Year Plan.

It is also a fact that, more often than not, scientists born and trained in the People’s Republic of China (PRC), even after becoming U.S. citizens, never completely sever links with their home universities and research institutions, many of which are connected to the Chinese People’s Liberation Army (PLA).

The U.S. Army Medical Research Institute of Infectious Diseases (USAMRIID) at Fort Detrick has long been an espionage target of the PLA.

The PLA’s pathway to that target has been through the Frederick National Laboratory for Cancer Research, which is inside Fort Detrick, only a few minutes walk from USAMRIID.

We will present a case in point because the examples are too numerous to document here, but they will be addressed in a future article.

It is the 2007 scientific publication about the coronavirus from the first SARS pandemic in 2002-2004 entitled “Potent cross-reactive neutralization of SARS coronavirus isolates by human monoclonal antibodies.”

Its authors represent a collaboration of scientists from the Frederick National Laboratory for Cancer Research, the Virology Division of USAMRIID and Dr. Anthony Fauci’s National Institute of Allergy and Infectious Diseases (NIAID).

The individual authors are interesting as well.

What one notices first about the publication histories of the two PRC-trained Frederick National Laboratory for Cancer Research scientists, Zhongyu Zhu and Xiaodong Xiao, is that their work has dealt less with cancer than with viruses, many of which are highly dangerous pathogens also studied by China’s biowarfare program.

Another author is PLA-trained Shibo Jiang.

Before returning to China as a professor at Fudan University in Shanghai, Shibo Jiang had been associated with the Lindsley F. Kimball Research Institute of the New York Blood Center for nearly twenty years.

At the same time, Shibo Jiang maintained extensive collaborative research with PLA laboratories, described in detail here, while simultaneously inviting into his U.S. laboratory and training scientists linked to the Chinese military, such as Yuxian He, another author on the cited 2007 publication.

It is believed that Shibo Jiang was involved in the insertion of the furin cleavage site into the COVID-19 virus, the “smoking gun” evidence for its laboratory origin.

Linfa Wang worked at the Wuhan Institute of Virology and has been a long-time collaborator of the “bat woman” Zheng-Li Shi.

Ralph Baric of the University of North Carolina, one of the world’s most notorious “gain of function” researchers, has also worked with Zheng-Li Shi of the Wuhan Institute of Virology, as well as others whose connections eventually lead back to the PLA. 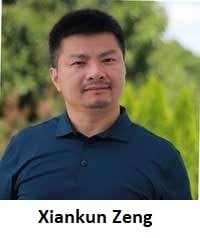 One PRC-trained scientist, Xiankun Zeng, used the pathway through the Frederick National Laboratory for Cancer Research and now is working in USAMRIID and is part of Anthony Fauci’s NIAID Integrated Research Facility at Fort Detrick.

In other words, Xiankun Zeng has access to the U.S. military’s and NIAID’s most sensitive information about U.S. biowarfare defense.

That laboratory has close collaboration with the Nanjing Military Command, now part of the PLA Eastern Theater Command. 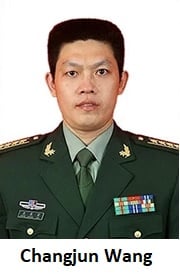 As stated in The Gateway Pundit article of May 20, 2021, the creation and delivery of the COVID-19 virus appears to be linked to the PLA Eastern Theater Command in Nanjing, in particular PLA military officer, Changjun Wang.

As recently as October 2015, Xiankun Zeng was still claiming affiliation with Southeast University in Nanjing.

Even while employed by USAMRIID, Xiankun Zeng has maintained close ties to China’s virus research programs, here shown giving a lecture about the deadly Ebola and Marburg viruses at the Wuhan Institute of Virology on October 9, 2018.

U.S. virus research programs are deeply infiltrated by China and the Chinese military.