The nexus between China and the U.S. 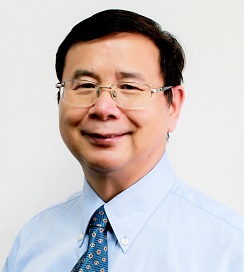 According to his biography posted on the website of the School of Basic Medical Sciences, Fudan University in Shanghai, China, Dr. Shibo Jiang is Professor and Director, Institute of Medical Microbiology.

He obtained his MS and MD degrees from the First and Fourth Medical University of the People’s Liberation Army (PLA), respectively.

In 1987-1990, he received his postdoctoral training in the Laboratory of Cellular Physiology and Immunology, the Rockefeller University in New York.

From 1990 to 2010, he had worked in the Lindsley F. Kimball Research Institute of the New York Blood Center as Assistant Member, Associate Member, Member, and Head of Viral Immunology Laboratory.

Since 2010, he has worked as a professor in the Key Laboratory of Medical Molecular Virology, Shanghai Medical School, Fudan University, Shanghai, China.

That description is neither accurate nor complete.

That article is found in the Results section of research grant 4R01AI098775-05 for $1,165,855 entitled “RBD [receptor binding domain] RECOMBINANT PROTEIN-BASED SARS VACCINE FOR BIODEFENSE” and awarded by Dr. Anthony Fauci’s National Institute of Allergy and Infectious Diseases (NIAID), in which Shibo Jiang is listed as a Principal Investigator.

That research grant includes collaboration with the University of Texas Medical Branch Galveston, home of the Department of Defense-funded Center for Biodefense and Emerging Infectious Diseases, which houses a BL-4 high containment facility for viral research.

The results of the above-mentioned research grant would be shared with the U.S. Army’s Walter Reed Army Institute of Research and, presumably, also with the Chinese military.

Also found within the Results section are articles published by Shibo Jiang in collaboration with institutions and scientists associated with the PLA as well as the Wuhan Institute of Virology, alleged by many, including officials in the U.S. government, as the origin of the COVID-19 virus.

A second 2017 article entitled “CROSS-NEUTRALIZATION OF SARS CORONAVIRUS-SPECIFIC ANTIBODIES AGAINST BAT SARS-LIKE CORONAVIRUSES” was written together with the “bat woman” Zheng-Li Shi of the Wuhan Institute of Virology.

In fact, during the period 1997-2016, when Shibo Jiang was a Principal Investigator on U.S. research grants amounting to more than $17 million, the vast majority coming from Fauci’s NIAID, he was also receiving support from the Chinese government and actively collaborating with Chinese research institutions including those of the PLA.

Shibo Jiang and Yusen Zhou of the Academy of Military Medical Sciences, Beijing, China. are listed as co-inventors on at least eight U.S. patents, the references supporting those patents, for example, 9889194, was research funded by Fauci’s NIAID.

In 2002, he published an article on Hantaan virus with the Department of Microbiology, the Fourth Medical University of the PLA, Xi’an, China.

Also in 2002, Shibo Jiang published an article with long-time associate, Shuwen Liu of the First Medical University of the PLA’s Key Lab for Drug Screening in Guangzhou, China, a study funded by grant R01 AI46221 from Fauci’s NIAID.

In 2003, Shibo Jiang published an article with the Department of Microbiology, The Fourth Military Medical University, Xi’an, China.

In 2004, he published another article with the Department of Microbiology, The Fourth Military Medical University, Xi’an, China, one which led to his initial work with the Chinese military on the first SARS pandemic of 2002-2004.

Between 2005 and 2010, SARS research articles by Shibo Jiang conducted in collaboration with Yusen Zhou of the State Key Laboratory of Pathogen and Biosecurity, Beijing Institute of Microbiology and Epidemiology, Academy of Military Medical Sciences, Beijing, China are too numerous to list here, all of which were funded by Fauci’s NIAID.

In a 2014 article, Shibo Jiang was working with the Institute of Biotechnology, Academy of Military Medical Sciences, Beijing, China.

Until his recent death, Yusen Zhou’s collaboration with Shibo Jiang continued into the COVID-19 pandemic, publishing a July 30, 2020 Science article together with institutions associated with China’s military.

From 2012 to 2020, Shibo Jiang published twelve scientific articles with the Wuhan Institute of Virology and eleven articles between 2013 and 2020 with the University of Texas Medical Branch, Galveston Texas.

During the period between the first SARS pandemic in 2002-2004 and the 2019 COVID-19 outbreak, Shibo Jiang also had extensive collaborative research with many of the major U.S. coronavirus research laboratories, such as his 2015 joint project with the University of North Carolina, the University of Minnesota and the Wuhan Institute of Virology.

Based on the available scientific evidence, the COVID-19 virus (SARS-CoV-2) was the product of “gain of function” research, not a natural transmission from animal hosts to humans.

Gain of function research is defined as when a naturally-occurring virus is genetically or otherwise manipulated to make it either more contagious, more lethal, or both.

There are only two reasons for conducting gain of function research, (1) to understand the structural features and actions of a virus in order to create a vaccine in anticipation of a potential new disease outbreak or (2) to create a biological weapon, or both.

The road leading to the COVID-19 pandemic began during the first, far less widespread and deadly SARS (Severe acute respiratory syndrome) pandemic of 2002-2004 (SARS-CoV-1), which also originated in China.

It is important to note that prior to the 2002-2004 SARS outbreak, the Chinese PLA largely considered coronavirus a veterinary disease, particularly in working dogs.

After the onset of the November 2002 SARS pandemic originating in Foshan, Guangdong, China, the PLA would play an outsized role in human coronavirus research.

Much of the PLA effort during and immediately after the 2002-2004 SARS pandemic would be centered in the Third Military Medical University in Chongqing, part of the Nanjing Military Command.

After 2009, publications from that institution involving coronaviruses went underground, virtually disappearing, only to resurface prominently in the controversy involving the origin of COVID-19.

Four key players in the COVID-19 saga, either working in or having connections to the PLA Third Military Medical University in Chongqing were the Chinese military-trained scientists Bing Ni, Yuzhang Wu, Guangyu Zhao and Yusen Zhou.

The latter two, through their association with Shibo Jiang, would be instrumental in opening China’s coronavirus research programs to the vast resources of U.S. laboratories and federal funding.

During that initial SARS outbreak and continuing to the COVID-19 pandemic, extensive gain of function and related research was conducted both in the U.S. and in China, sometimes by the Chinese PLA.

A vast number of coronavirus experiments were conducted by Chinese scientists working in U.S. laboratories, much of which was funded by U.S. taxpayers, especially via Fauci’s NIAID.

By matching the unique features of the COVID-19 virus with the research conducted by those scientists, in those institutions, often in collaboration, a roadmap leading to the pandemic may be constructed.

The COVID-19 virus has a number of unusual structural features that cannot be easily explained as products of a normal evolutionary process.

The most distinguishing and unique structural feature of the COVID-19 virus is the furin polybasic cleavage site.

The presence and importance of polybasic cleavage sites in the lifecycle of coronaviruses has been well-known since the 1980s.

Furin and other protease cleavage sites are widely known to increase both the infectivity and pathogenicity of coronaviruses.

The coronavirus “spike” glycoprotein binds to the human cell and initiates virus to cell fusion, allowing the virus to hijack the cell’s synthetic capabilities to replicate itself.

At the S1-S2 junction is a furin polybasic cleavage site, which is responsible for separating the S1 and S2 sections, and facilitating fusion with the cell.

The COVID-19 virus polybasic cleavage site is a short sequence of the amino acids, proline-arginine-arginine-alanine-arginine-serine or “PRRARS,” where the cleavage occurs between R and S with the preceding basic arginines accelerating the reaction.

Although the R-S segment is present in many coronaviruses, there is no identified natural origin for the PRRA sequence. None of the closely related bat coronaviruses has such a structure in that position and the genomic nucleotides that codes for it, a double cytosine-guanine-guanine or CGG-CGG sequence is extremely rare.

It is far more likely that the PRRA sequence of COVID-19’s furin polybasic cleavage site was artificially inserted.

In 2004, during the first SARS pandemic, an important patent entitled “INSERTON OF FURIN PROTEASE CLEAVAGE SITES IN MEMBRANE PROTEINS AND USES THEREOF” was filed.

As of today, there have only been twenty-three scientific citations of that patent. One is by Shibo Jiang and his Chinese military-trained colleague Shuwen Liu.

In 2005, Shibo Jiang together with his colleagues Yuxian He and Yusen Zhou from the State Key Laboratory of Pathogen and Biosecurity, Beijing Institute of Microbiology and Epidemiology, Academy of Military Medical Sciences, Beijing, China, stated there was no observed cleavage between the S1 and S2 components of the first SARS virus.

By 2007, the same group of military investigators led by Shibo Jiang concluded that cleavage, in fact, did occur in the first SARS virus and it was correlated with infectivity.

In 2009, a research group from Cornell University confirmed the correlation between cleavage sites and SARS infectivity.

Then, in 2013, came what many might consider the smoking gun.

Despite having the innocuous title “SIMULTANEOUS EXPRESSION OF DISPLAYED AND SECRETED ANTIBODIES FOR ANTIBODY SCREEN,” Shibo Jiang and his military-trained colleague Shuwen Liu, demonstrated the artificial insertion of a furin polybasic cleavage site similar to that found in the COVID-19 virus.

That study was directly funded by the Chinese government and a private Chinese biotech company, while Shibo Jiang was also being funded by Fauci’s NIAID.

The PLA’s Third Military Medical University in Chongqing has long been considered a focal point of coronavirus research.

Those bat coronaviruses were originally isolated and characterized between July 2015 and February 2017 under the supervision of the Third Military Medical University in Chongqing, China and the Research Institute for Medicine of the PLA Nanjing Military Command.

Shibo Jiang has collaborated with the PLA Nanjing Military Command and the Wuhan Institute of Virology has multi-level links to the PLA and both are connected to each other.

*Note added below by author the day after initial publication:

One scenario for the onset of the pandemic could have been an accidental direct release of the COVID-19 virus from the Wuhan Institute of Virology.

Another possibility involves an accident related to vaccine development.

Many vaccines contain live, but “attenuated” viruses, that is, weakened viruses insufficient to cause disease, but similar enough to an actual infection to initiate an immune response and the production of antibodies.

Live-attenuated vaccines can also be less expensive and more quickly produced, but they can be risky if the attenuated virus “reverts” back to its pathogenic state.

During the 2002-2004 SARS pandemic, the Wuhan Institute of Virology conducted tests of an inactivated SARS virus vaccine on rhesus monkeys.

It is possible that the COVID-19 pandemic began when a live attenuated vaccine for the laboratory-created COVID-19 virus reverted back to its pathogenic state in presumed immunized individuals or laboratory animals.