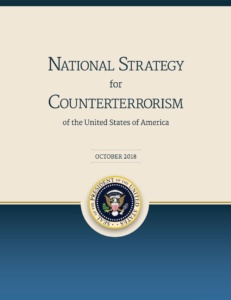 On October 5th, the Trump administration published the first National Strategy for Counterterrorism of the United States of America since 2011 and is to be commended for the initiative that represents. It is certainly heartening to see the President articulate an “America First” approach while calling for use of a full range of tools, both military and non-military. Defending our borders and emphasizing the important role of local law enforcement are also important elements of this new plan. 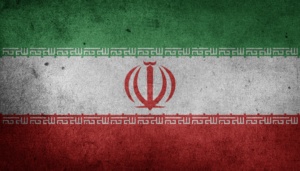 Recognition of Iran’s world-wide support for terrorism is also a strong feature of the National Strategy, although it is disappointing to note that it still does not hold the Iranian regime or its Lebanese Shi’ite terror proxy Hizballah to account for their direct involvement in the attacks of 9/11. Hizballah is often referred to as the “A team” of jihad. Open Congressional testimony from well over a decade ago by then-CIA Director George Tenet attested that Hizballah at that time had a robust infrastructure as well as sleeper cells set up here in the U.S. Additionally, as we now know from Operation Cassandra that was stifled by the Obama administration, Hizballah, under direction from Iran, is heavily engaged in narcotrafficking, money laundering, and associated criminal activity throughout the Western Hemisphere, including inside the U.S. This is a vulnerability that we must not ignore.

Where the Strategy falls especially short, however, is in the continued failure to name, identify, and describe the primary global enemy we face and that enemy’s threat doctrine. We are not fighting terrorism. We fight to defend the U.S. Constitution and to live free of Islamic Law (shariah), the universal imposition of which by means of jihad to establish a global Islamic State is the openly stated goal of all Islamic authorities and terrorists alike. This objective is not “extreme,” or “radical” but mainstream, normative, orthodox Islamic doctrine, taught to Muslim children in America and around the world beginning in the first grade.

Whereas this Strategy emphasizes violent enemy action throughout the document, it is rather in fact the non-violent subversion of civilization jihad that is the far greater threat to U.S. national security as well as Western Civilization overall. There are some vague references to “a hateful ideology” and a “violent extremist ideology” that somehow never get around to explaining exactly what that “ideology” is: it is shariah, Islamic Law, which is the all-encompassing, binding, immutable set of commandments that is obligatory for every Muslim to obey. Jihad, whether the violent kind or the subversive civilization kind, is a binding commandment of the Islamic faith. But nowhere in this National Strategy is that reality ever stated or explained.

This is not “complex.” This is straightforward and simple once it is understood. 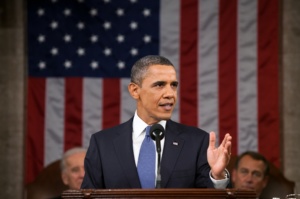 Unfortunately, much of this National Strategy’s language remains mired in the Muslim Brotherhood-inspired “Countering Violent Extremism (CVE)” narrative of the Obama years. The CVE narrative ignores the fact that there is a doctrine that animates the ideology and actions of our enemies. Never has the United States successfully prosecuted a war without identifying and targeting the enemy’s threat doctrine. Our bureaucratized counterterrorism apparatus, as influenced by the Muslim Brotherhood and entire Islamic Movement, continues to prevent America from waging a proper war effort.

In this way, the National Strategy entirely misses the point that there is a 1400-year-old enemy that terms itself the “Islamic Movement” and is intent upon conquest of the entire world for Islam. That plan for conquest includes not just “eliminating Western influence in majority Muslim countries” and “remaking Islamic society” in faithful obedience to Islamic Law, but the destruction of every non-Islamic government, including our own, and replacement of the U.S. Constitution with Islamic Law (shariah). “Those susceptible to its core message” include the Muslim ummah, or global community of Muslims.

The National Strategy’s sole focus on “terrorism” falls short as well in not making best use of the information our senior national security agencies already have: thanks to the availability of documents like the 1928 By-Laws of the Muslim Brotherhood, the 1989 World Underground Movement Plan and Methodology of Dawah, and the 1991 Explanatory Memorandum on the Strategy for the Group in North America, we know exactly how the Islamic Movement enemy operates—and yet there is no acknowledgement of that knowledge in these pages. We have the enemy’s own strategic blueprint in our hands, but do not craft national security strategy, either offensive or defensive, accordingly.

Even absent a good understanding of that enemy blueprint, it is hard to know how U.S. national security leadership is not aware of the expansive penetration by the Islamic Movement of every pillar of American society. These pillars include academia, banking and finance, our courts and legal system, faith communities, government at every level from federal to local, local law enforcement, the media, national security, politics, and society and the workplace in general. All have been penetrated by Islamic agents of influence, whose success depends on both their own sophistication and our engineered failure to recognize the threat their influence operations represent. This is civilization jihad along myriad splinter lines of effort that now target every single sector of American life.

Adoption of “a more agile and expansive approach” is only effective if the thing approached is, in fact, the enemy and his threat doctrine. “Partners” in the counterjihad fight are only helpful to the extent that they share our determination to live free of Islamic Law (shariah), not just Islamic terrorism. “Training prison staff” only works if the indoctrinating influence of Muslim Brotherhood and other jihadist imams is removed from our prisons.

National Strategy goals, including “deploying the integrated CT Community at local levels,” countering enemy narratives, and building a “holistic picture of terrorists’ identities” unfortunately remain contingent on execution by U.S. federal agencies, whose employees not only do not understand the threat, but in fact have an understanding of the threat that is exactly opposite the truth, thanks to the staggering success of enemy information operations stretching back at least five decades.

We must re-orient our national security strategy toward the actual enemy that confronts us, focus our attention on the domestic insurgency being waged by the forces of the Islamic Movement, and direct resources to those state and local level law enforcement units, elected officials, and citizen activists that are open to learning, understanding, and confronting the threat.

Our recommendations to improve this National Strategy for Counterterrorism begin with a reversal of the Great Purge, under which all accurate spoken and written articulation of the Islamic Movement threat doctrine in official U.S. government discourse was methodically removed. An entire generation of diplomatic, intelligence, national security, and military intelligence officials has risen to present rank bereft of an accurate understanding of the Islamic Movement, its doctrine, history, law, or scripture. This situation must be reversed on an urgent basis or America will become an Islamic State under rule of shariah.

It is our conviction that briefing, education, and training efforts should be focused at the local and state level right now, although to the extent that federal agencies and organizations are open to re-installing the knowledgeable instructors removed during the Great Purge, they should be accommodated.

Official U.S. government reliance on advice, guidance, and support from Islamic Movement operatives, whether domestic or foreign, must end. Instead, we should turn to non-Muslim experts in counterinsurgency, counterintelligence, Islamic Law, the Muslim Brotherhood, and other elements of the Islamic Movement, for the educational efforts so critical to arousing our collective national security-mindedness.

The Center for Security Policy and our colleagues in the counterjihad fight stand ready to offer this expertise.