Our southern border continues to be breached by illegal border crossers and the cartels movement of drugs to inner America. We must continue to be vigilant and more aggressive and forge ahead with a more offensive oriented border strategy. You cannot win and defeat this national threat by being on defense all the time. Now is the time for offensive action. Now if I were the Commander-in-Chief, I would have my national security staff and military commanders planning and executing a strategy that will secure the southern border and allow US rule of law to prevail. 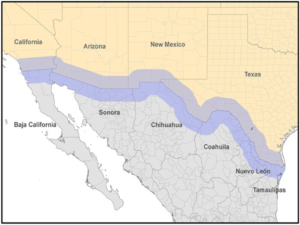 It is now time to truly enforce the rule-of-law along our southern borders. No more excuses…no more delays…no more politics., no more kowtowing to special interest groups, or claims by open-border believers and LaRaza. The fact is that the Citizens of the USA are in daily danger and are being killed or families harmed because the border states of Mexico are controlled by thugs and terrorists copying Jihad tactics of mayhem and murder. Once again, the entire area is festooned with upheaval, violence, and lawlessness as it was in 1846. The northern states in Mexico; Baja California Norte,  Sonora, Chihuahua, Coahuila, Nuevo Leon, and Tamaulipas are under rogue control, and the Mexican Police and Army cannot control them. Therefore, it is in the national interest of the United States to restore order of the border as well across our borders. Because of this clear and present danger to US Citizens and our economy, positive action must be taken. 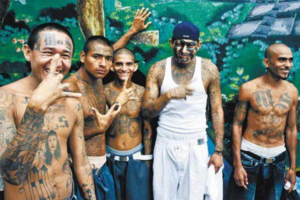 The US Government with its dedicated National Security Council, Department of Defense, Homeland Security, Intelligence agencies and State assets can plan and execute an operational plan to secure our southern borders. However, let me provide an executable plan of operations for the US Government to undertake with resolve and commitment to protect and secure the American people for now and the future.

The problems on and across our southern borders of California, New Mexico, Arizona and Texas are in the news every day. You would have to live in a perpetual cave not to know the situation. We have a war of gigantic proportions…illegal invasions, treacherous drug cartels, gangs, human trafficking, drugs (is there not a war on drugs???), smuggling, kidnappings, and corruption of officials on both sides of the borders.

The plan is basic and advanced unconventional/conventional war planning. This combines the best use of our Forces that will encompass intelligence, targeting, structural organization of our forces to accomplish the mission, base operations, offensive and defensive operations. First, organize three (3) Border Task Force Groups (BTFGs) and position them in three operational bases, one in Texas, one in Arizona and another in Southern California. We have existing bases in those states that can be utilized such as Ft. Bliss, Texas, Fort Huachuca, Arizona and Camp Pendleton, California. There is no requirement to create any new operational bases. I will not name these existing bases because of operational security but Department of Defense can easily figure this out! The BTFGs will be organized based on joint task forces of Special Ops, Army, Air Force and Navy. Selected units and personal will be relocated and moved to these designated bases. I would also declare with Mexico, a 20 mile “Control Zone” on the Mexican side of the border. Any group or persons occupying this zone engaging in criminal or illegal activities against Mexico or the United States will be engaged on site.

There will be approximately 5,000 warriors assigned to each BTFG. The organization will be commanded by a Two Star “Warrior” and each of the three BTFGs will be commanded by a Brigadier General. The mission for the Command will be to target and conduct offensive and defensive operations on the Mexican side of the border.  National Guard, Border Patrol, DEA, and local sheriff’s units will conduct border security operations on the United States side of the border. This initiative does not violate any existing Posse Comitatus laws.

The Posse Comitatus Act is a United States federal law (18 U.S.C. § 1385) passed on June 18, 1878, after the end of Reconstruction, with the intention (in concert with the Insurrection Act of 1807) of substantially limiting the powers of the federal government to use the military for law enforcement. The Act prohibits most members of the federal uniformed services (today the Army, Navy, Air Force, and forces when such are called into federal service) from exercising nominally state law enforcement, police, or peace officer powers that maintain “law and order” on non-federal property (states and their counties and municipal divisions) within the United States. The statute generally prohibits federal military personnel and units of the National Guard under federal authority from acting in a law enforcement capacity within the United States, except where expressly authorized by the Constitution or Congress. The Coast Guard is exempt from the Act.

The National Guard is and will be the asset of the State Governors to be used as required to augment the Active Force BTFGs operations on the US side of the border. Coordinate with current Homeland Security Department until some HS assets are transferred under the Pentagon.

The concerns and anxiety of Americans, particularly in the Border States have grown significantly in the past year.  Changes in law enforcement operations have forced smugglers of drugs and illegal aliens into ever more isolated areas, increasing the number of deaths and the level of violence to a point where even the most hardened enforcement officials are alarmed.

The political ferment over illegals has never been greater. 78 percent of Americans think and know that the government is not doing enough to control our borders; talk shows bristle with demands for action. Additionally, Global jihad and jihadis are a major threat as they eye the southern border as a path of least resistance to strike inside the United States.

The Plan: Implementation of The Dual Lily Pad Strategy

In order for the dual Lily Pad implementation to be effective in either an offensive action or a reactive response or a criminal law enforcement action, a trusted resource should be utilized to effectively communicate updated intelligence data and incidence response information from the dynamic, ever-changing operating environment of critical event management and planning. We should look to history to identify and utilize an effective “hopper”. In World War II, the United States Navy and the United States Coast Guard were successfully utilized to protect our homeland as the rest of our military went overseas. The combined effort of these joint forces successfully achieved our nation’s goals for homeland defense by effectively communicating intelligence data and incident reports to the military, law enforcement and to international intelligence directorates. Based on the gaps in coordination and communication both in the working operational environment and technological environment, I believe we should implement a similar methodology and utilize a combination of Conventional and Special Operations forces. 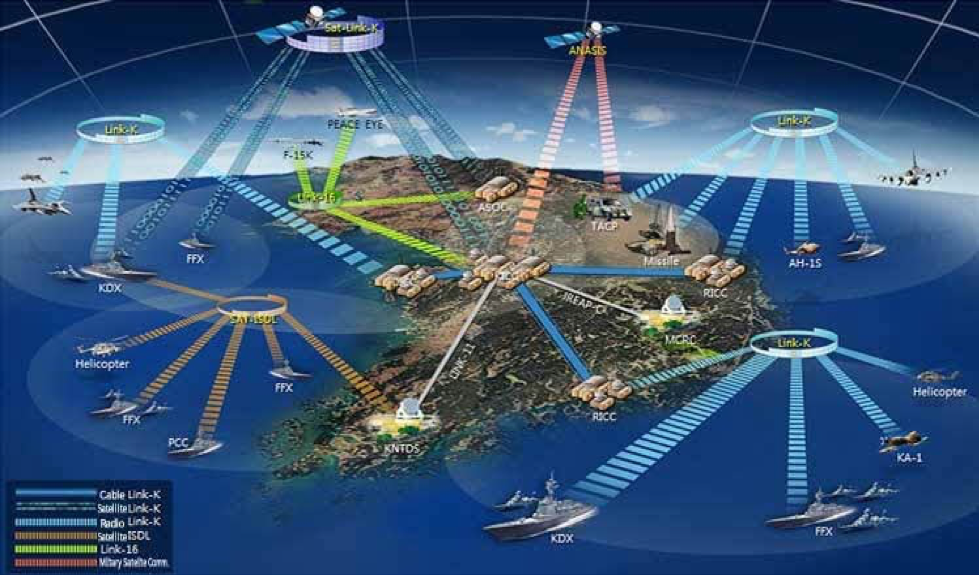