Roger Aronoff, the Executive Director of the Citizens Commission on National Security, recently hosted a discussion on his radio show podcast with his two guests, esteemed journalists Claudia Rosett and Melanie Phillips. Rosett is the author of What To Do About the U.N. and Phillips is the author of Guardian Angel: My Journey from Leftism to Sanity.  In this wide-ranging double interview, the guests discussed with Aronoff the dilemma China’s Communist party faces in deciding how to quell demonstrations by millions of Hong Kong protestors, the Israeli election and Benjamin Netanyahu’s governing style, as well as Britain’s ongoing constitutional crisis.

Here are a few of the insights shared by Rosett and Phillips during the interview: 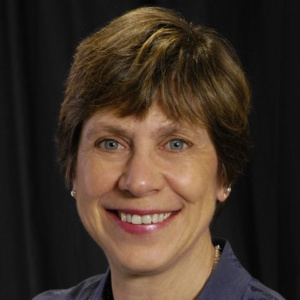 “And here’s where it’s the same [Tiananmen and Hong Kong]: it’s the same showdown of people living under the flag of the People’s Republic of China, who are saying we don’t want to be ruled by tyranny, we want a say in our own government. We want to choose our leaders, we want a system where our voices count—we want to be a free people, basically. It’s the same in that sense, and it’s the same in the sense that the response of the Communist party of China, which was in power thirty years ago, which is celebrating seventy years in power next Tuesday, has been in both cases, basically, to say no, you can’t have that.”

“And they came out despite the fears. China had just been threatening Hong Kong [that if] the demonstrations continued, if they carried on with what China regards as breaking the law, with fire and the abyss. I mean, literally in those terms. The spokesman for the office that handles Hong Kong … affairs in Beijing had threatened, ‘Those who play with fire will perish by it,’ that Hong Kong was, and so on.”

“This is the problem that Hong Kong poses for Beijing right now: people in China see that there are other ways to do things and it does look attractive. I don’t buy it that they love the system they have. If they loved it so much, there wouldn’t be all that security keeping an eye on them all the time, or the prisons for when they do things the government doesn’t want.” 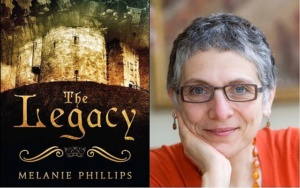 “And then it’s his [Netanyahu’s] personal style: bombastic, arrogant. And there’s a feeling that his achievements are many, and few would disagree that in the field of foreign affairs he is second to none in his strategic grasp of the challenges facing Israel, the changing nature of the Arab world, the new opportunities around the world, and so on. But nevertheless, I think people feel, ‘enough,’ he’s been in power too long and it’s starting to show. And they want, you know—no one is infallible and he’s getting a kind of, a kind of Napoleonic image of somebody who is accruing more and more power to himself.”

“But if Brexit is stopped, if the British people perceive—as they are perceiving—that a remainer House of Commons has set itself against the people in order to thwart the fulfillment of the biggest popular vote ever, in the 2016 referendum to leave the European Union. Then when there is eventually a general election, which incidentally the [Members of Parliament] are preventing Boris Johnson from calling because they know that they are going to go down in flames. When there is a general election, the British public will almost certainly take its revenge on all these establishment politicians who stopped Brexit. So, it’s impossible to exaggerate the degree of chaos, the sense of crisis, the sense of despair, and the fury and emotion which is now, has become the substitute for government in Britain.”

“And the story in Guardian Angel is how I gradually realized that everything that I thought they [the UK Guardian] stood for was the opposite. In other words, I thought they all stood for truth against lies, victim against oppressor, justice against injustice, and so on. And, in fact, I came to realize they stood for almost in every area of public policy they actually stood for the opposite. And it was a long and slow realization, and that was because I regarded them as kind of my family, and it was like a terrible divorce.”

You can listen to both interviews here: