Anti-Israel groups have spent years trying to end programs which take American police leaders to Israel to interact with counterparts there. But that effort, with disturbing anti-Semitic elements, took new root this summer during protests following George Floyd’s killing by a Minneapolis police officer. Speakers at protests throughout the country claimed that the programs directly lead to the deaths of Black people in America. The claims were blindly accepted by many, despite a lack of any evidence.

The Investigative Project on Terrorism examined the allegations, finding them rooted in an overall opposition to anything dealing with Israel than in any actual evidence the programs create harm. And we spoke with police chiefs who took the trips to learn first-hand about their experiences.

In the second part of our two-part series, we speak with four police chiefs about their travels to Israel. Contrary to the critics’ claims, none said the programs taught any restraint holds, crowd control tactics or anything else. Rather, they came back with ideas that often went in the opposite direction. 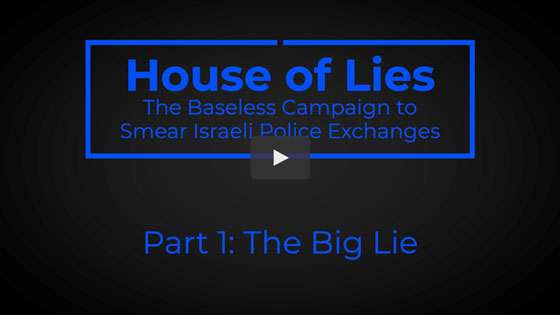