Faithful readers of the Old School Patriot know that I have been a longtime supporter of a pardon for young US Army 1LT Clint Lorance wrongfully imprisoned by the Army in Ft. Leavenworth.

I recently received this copy of a letter from 1LT Lorance. It’s beyond unconscionable that Clint is writing letters from prison while Bowe Bergdahl and Bradley Manning are free. Of course, Manning was released because he suffers from the mental condition of gender dysphoria. Thanks to an Army activist judge, Bergdahl, who pleaded guilty to desertion in a combat zone, was never held accountable for his crimes that resulted in the deaths of several soldiers. Additionally, he was traded for the release of those who are now members of a Taliban negotiation delegation. Unbelievable!

I demand President Trump free Clint Lorance with a full pardon with back pay for his time of incarceration.

Read on for the letter from 1LT Lorance: 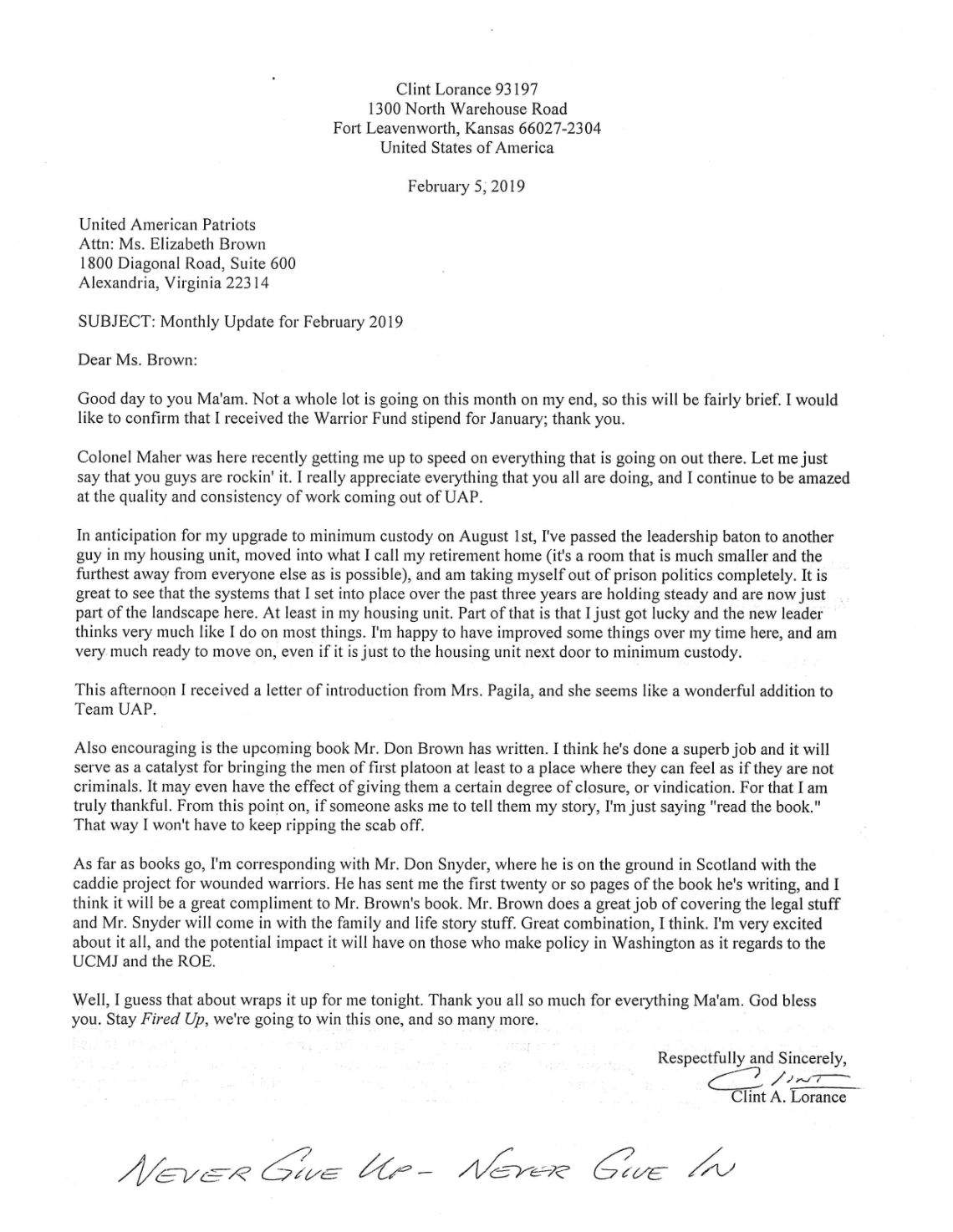 This column was originally published at The Old School Patriot.

Allen West is a retired Lieutenant Colonel in the United States Army. He served in Operation Desert Storm and Operation Iraqi Freedom, receiving many honors. In 2010, West was elected as a member of the 112th Congress representing Florida’s 22nd District. He is a Fox News contributor, author of “Guardian of the Republic," and a Member of the Citizens Commission on National Security.