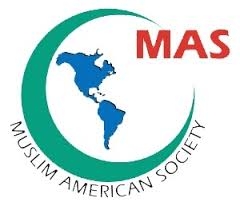 “The blood of the martyrs is calling us. Paradise, men desire it.
Revolutionaries, Revolutionaries …
Sword and Text, oh free men.”

During the song, several children hold up a copy of the Quran.

“Until we liberate our lands, until reach our anchorages, and we crush the traitor.
…Oh, the winds of Paradise. Oh rivers of the martyrs, lads
My Islam calls whoever responds. Stand up, O righteous ones.”

Lyrics to the songs explicitly call on the next generation of Palestinian youth to embrace terrorism and glorify suicide bombers.

But these children are not performing in Ramallah or Gaza. This hate-filled song was played in Philadelphia and proudly broadcast on Facebook.

The Muslim America Society (MAS)’s Philadelphia chapter held an annual “Ummah Day” on April 17, featuring delegations of children representing several countries across the Middle East and North Africa. The event’s theme was advertised to focus on the “Golden age of Islamic science.”

Instead of focusing exclusively on the Islamic world’s scientific achievements, however, part of the day was devoted to showcasing children forced to embrace radical Islamist culture.

And it’s more common than most people realize.

Last month, American Muslims for Palestine (AMP) held a “workshop” entitled, “Palestine Will Be Free” at a mosque associated with MAS-Philadelphia. At least five AMP officials were part of a defunct network created by the Muslim Brotherhood in America called the “Palestine Committee.” It was tasked with helping Hamas politically and financially, court records show. An investigation by the Investigative Project on Terrorism also found that the AMP carries out tasks similar to the old Palestine Committee, including fundraising, propaganda and lobbying.

Like old Palestine Committee functions, AMP events often focus on ways to pressure Israel into absorbing all Palestinian refugees and their descendants, in an effort to destroy the Jewish state. For many American Islamist groups, the entire territory that comprises Israel and the Palestinian territories is considered Israeli occupied territory.

This mindset was on full display during the MAS-Philadelphia event, as children donned T-shirts with a map of Israel and the territories as a singular Palestinian entity. Denying Israel’s right to exist is a form of anti-Semitism.

MAS, which prosecutors say was founded in 1993 as the “overt arm” of the Muslim Brotherhood in America, has a long history of promoting violent incitement in the U.S. During its 2016 convention, MAS hosted Sheikh Mohammed Rateb Nabulsi – a Syrian imam who met with senior Hamas leader Ismail Haniyeh and sanctioned Palestinian suicide bombings. In 2017, Nabulsi was banned from Denmark as a “hate preacher.” Last year, he spoke at the Dar al-Hijrah Islamic Center in Falls Church, Va., at a middle school near Orlando, and at the Islamic Center of Boca Raton.

MAS is headquartered in Alexandria, Va. and has local chapters in over 20 states. Several of its leaders have been tied to the Dar al-Hijrah mosque in northern Virginia, which serves as incubator of hate and long track-record of radical and terrorist associations.

During the MAS-Philadelphia event, a large group of girls lip-synced another famous Arabic song that encourages violence to remove Israel’s presence around Jerusalem’s al-Aqsa mosque. The song compares Jerusalem’s fall to the Crusaders to modern day Israel’s sovereignty over the city.

“They were attacked by the army of darkness, and they occupied our Aqsa for years.
But Saladin came to us, an army committed to our religion.
God with clear victory, he achieved a dream and returned al-Aqsa.
… And the Zionists today returned. They occupied al-Aqsa.
But we are not to blame and our Masra will be restored.”

These songs are produced by “Birds of Paradise” – a popular, Jordan-based children’s group that resonates across the Arab world.

YouTube features variations of “Birds of Paradise” content: from jihadists using it as background music in terrorist videos to Arab parents having their children lip-sync the lyrics.

“Birds of Paradise” is a popular method of jihadist youth indoctrination. It is far more professional, better edited, and presented in a much more kid-friendly style than previous jihadist children’s programming. The themes are easily digestible even for toddlers.

“[Birds of Paradise] is one of the most widely distributed children’s songs group in the Arab world, and it seems to have crossed the ocean to Canada and Britain,” wrote journalist Fawzia Nasir al-Naeem a decade ago in the Saudi Arabian newspaper, Al-Jazirah

Another Birds of Paradise song, “When We Seek Martyrdom,” encourages children to carry out terrorist attacks and target Jews. It even broadcasts clips of the children carrying out practice attacks.

The videos from the MAS-Philadelphia event point to a worrying trend, whereby Palestinian radicals export extremist views and propaganda beyond the boundaries of the Middle East. U.S.-based Islamists need to be challenged to address the spread of violent incitement among America’s youth.