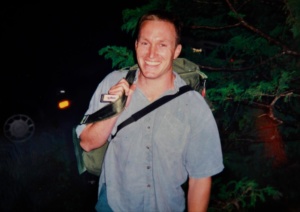 The sister of Navy SEAL Glenn Doherty, who was killed at the CIA Annex in Benghazi, is pushing for passage of a bill:

The Doherty family wants Congress to act before it adjourns next month.

“There’s been so much politics around Benghazi, and we don’t want that to be his legacy,” Kate Doherty Quigley, Glen’s sister, said yesterday. “This is really about trying to honor the hard work that they did and honor people who died for their country, doing what they loved.”

Read the entire article from the Boston Herald.

The CCNS urges passage of this bill:

H.R.2315 — This bill directs the Speaker of the House of Representatives and the President pro tempore of the Senate to arrange for the posthumous award of a Congressional Gold Medal in commemoration of Glen Doherty, Tyrone Woods, J. Christopher Stevens, and Sean Smith in recognition of their contributions to the nation.