America has lost a courageous leader and patriot. Admiral James Aloysius “Ace” Lyons, Jr, U.S. Navy (retired). passed away in Warrenton, VA on December 12, 2018 at the age of 91.

Born in New Jersey to James A. and Marion F. Lyons, he entered the United States Naval Academy in June 1948 from the Naval Reserve and graduated with the Class of 1952. He served as a Surface Warfare Officer until his retirement as a four-star admiral and Commander-in-Chief, U.S. Pacific Fleet on October 1, 1987. His early years of naval service were with surface combatants where he developed an extraordinary understanding of naval warfare that carried him through a brilliant career. 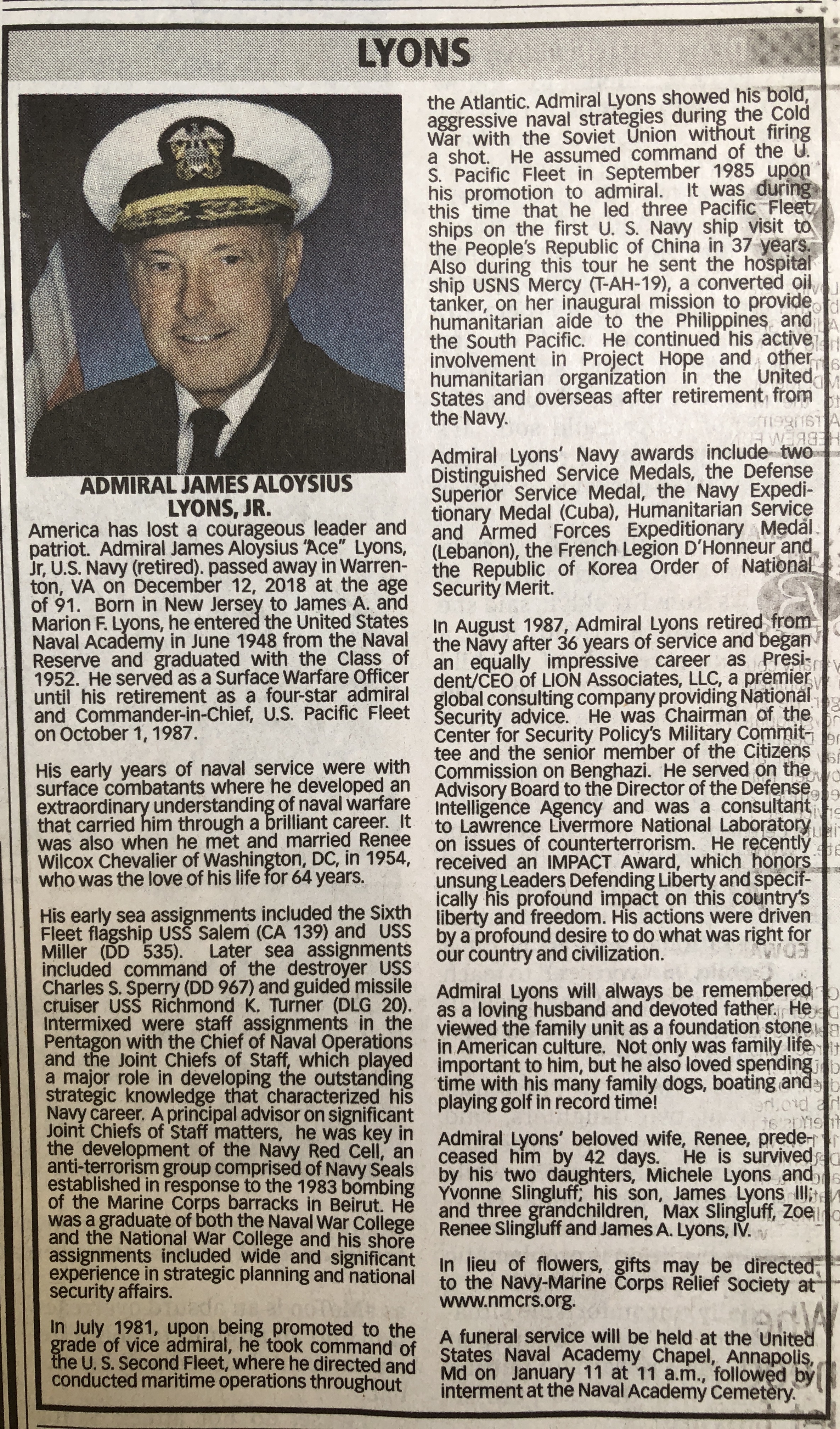