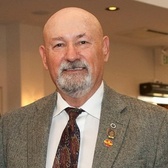 Retired USMC Colonel Wayne Morris is President at WAYMOR Inc. He has more than 34 years of service in the United States Marine Corps. Rising from Private to Staff Sergeant and then, via a Combat Leadership Commission during Vietnam, from Second Lieutenant to Colonel, he retired in 1996. He was the Human Resources Director of Onslow County, North Carolina Local Government from 1997 to 2005 and was a Senior Operations Advisor to the Afghan National Army 2006 to 2007.