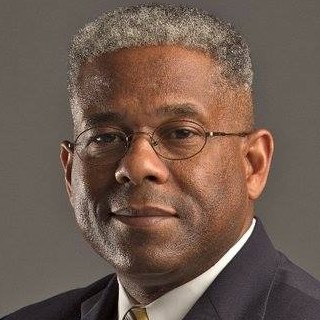 Former Congressman and Retired Army Lieutenant Colonel Allen West is a current contributor for Fox News and P.J. Media. Before taking office, he was an adviser to the Afghan National Army. On January 3, 2011, West took office as the first black Republican Congressman from Florida since Josiah T. Walls left office in 1876. West was also a member of the Tea Party Caucus and has been referred to as one of the champions of the Tea Party movement.