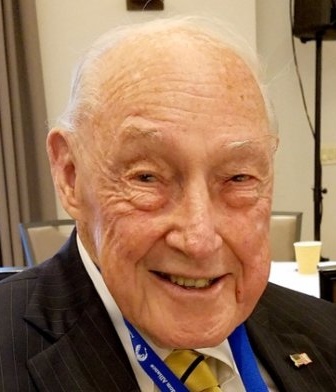 Ace Lyons, our guiding light and one of the original members of the CCNS, passed away on December 12, 2018.

Retired Admiral James “Ace” Lyons was a four star admiral, Commander-in-Chief of the U.S. Pacific Fleet, and the Father of the Navy SEAL Red Cell Program. His other commands include U.S. Second Fleet, NATO Striking Fleet, as well as Seventh Fleet Logistic Force plus several ship commands. As the Deputy Chief of Naval Operations from 1983 to 1985, he was principal advisor on all Joint Chiefs of Staff matters. He also served as Senior U.S. Military Representative to the United Nations. He is a graduate of the U.S. Naval Academy and has received post-graduate degrees from the U.S. Naval War College and the U.S. National Defense University.